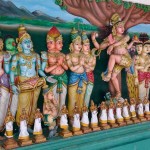 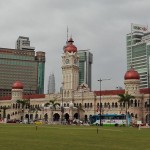 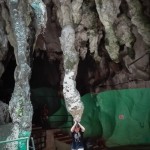 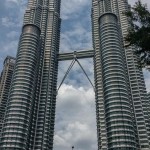 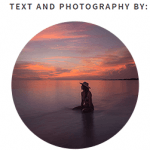 If you're traveling in 2020, check which travel insurance covers for coronavirus (test and treatment abroad).

Kuala Lumpur was the last stop of our trip through Southeast Asia. Neither of us really wanted to go to Kuala Lumpur because we knew this meant the end of our first adventure in Asia. The fatigue from 20 days of backpacking while sleeping little and poorly, was nothing compared to our desire to keep traveling.

In this post, I will tell you about things to do with only two days in Kuala Lumpur. I hope you find everything you need to see this city within a short time, as we spent only two days in the capital city of Malaysia. A modern and developed city that is so different from the other part of Malaysia we visited: Penang.

HOW TO GET TO KUALA LUMPUR FROM THE AIRPORT

Kuala Lumpur’s airport is quite far from the city center, so ruling out the option of an expensive taxi, we have these three ways to go downtown:

Since we arrived at 8 pm and no longer had time to see anything for the evening, we decided to go by bus to keep our budget low for the whole trip.

things to do IN KUALA LUMPUR in two days

HOW TO GET TO THE BATU CAVES

The Batu Caves are far from the city center, but this is one of the most important interest points on your trip through Kuala Lumpur over two days. It takes approximately half an hour to get there by train and costs 2RM (approx.  0.46€). The name of the train stop is Batu Caves and it leaves you only 200m from the caves.

There are actually numerous caves on that hill, but the main one is guarded by an imposing golden statue at the base of the staircase that gives access to the cave. This incredible statue represents the Hindu god Murugan, god of war at more than 40 meters tall. The Batu Caves are one of the most popular Hindu sanctuaries outside of India.

After admiring this spectacular figure, you will have to climb the 272 steps that take you to the mouth of the cave. I cannot think of a better way to start the morning than trying to climb it while resisting heat and humidity. I promise you that the ladder seems endless. Some families of monkeys are in charge of entertaining you with their mischievousness while ascending.

Climbing the endless stairs of the Batu Caves

Although entry to the main cave is free, there are others where you have to pay. The well-known Dark Cave Conservation’s entrance is approximately in the middle of the staircase, once there, you can do an educational tour (35 RM – 8 €) or a speleological adventure tour (80 RM – 17 €). We had neither the time or the money, so we just went to the free part.

The main cave is immense and there are many areas where the roof is open to sunlight. Unsurprisingly, there was nothing particularly remarkable inside. It was also under construction, so there was a lot of building material. 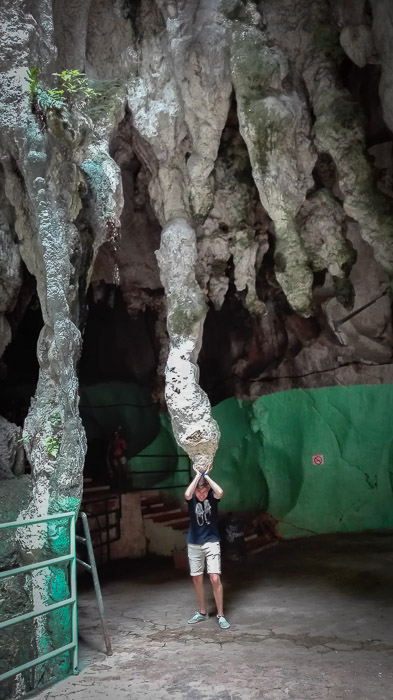 SURROUNDINGS OF THE MAIN CAVE

In the surroundings and down the stairs, there are other smaller caves with their own statue where you also need a ticket for entry.

This one, for example, is a statue of Hanuman, the monkey god for the Hindu, which is at the entrance of the Ramayana Cave.

Statue of Hanuman at the Batu Caves

This other statue, Krishna, symbolizes the entrance to another part of the cave.

Statue of Krishna near Batu Caves

Upon your return to downtown, it is essential to see the contrast between Dataran Merdeka, or Independence Square and the Masjid Jamek, or the Friday Mosque, if possible. And I say “if you can” because when we went to the mosque, it was totally under construction and we could see absolutely nothing.

While the Friday Mosque is one of the oldest in Kuala Lumpur, Independence Square shows us how Malaysia proclaimed its independence.

This square with colonial touches is crowned by the Sultan Abdul Samad Palace. This majestic building was built during the British occupation era in Malaysia. Different government departments were located there. 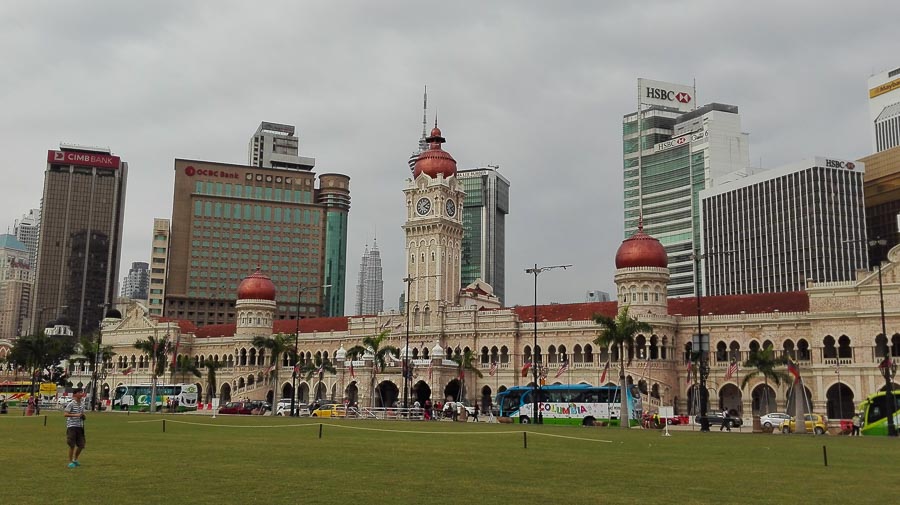 On our way to our next stop, we stumbled upon this sculpture located at the entrance to the City Gallery.

A 10-minute walk from Independence Square is the Sri Mahamariamman Temple. This Hindu temple is the most important in Kuala Lumpur. However, it is not located in Little India.

As we were accustomed to the other Hindu temples we visited throughout Southeast Asia, the colors and figures of divinities are the main focus. 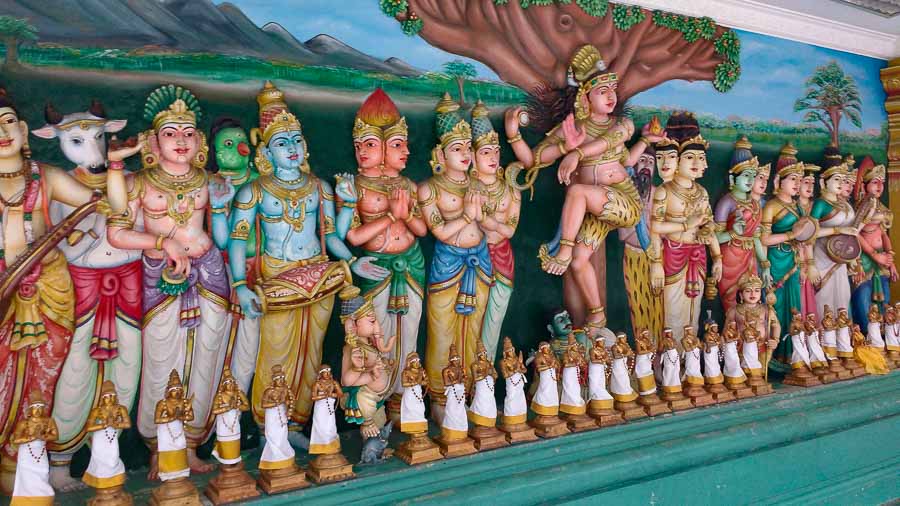 From here we went to Little India, in the Brickfield neighborhood. We expected a neighborhood similar to the one we saw in Singapore, but it didn’t fulfill our expectations. The only thing that made us feel that we were in Little India was the amount of Indian shops and restaurants that were there. That’s why we ate Indian food in one of the premises.

The next morning, we went to see the biggest tourist attraction in Kuala Lumpur, the incredible Petronas Towers. It is impossible for you to be indifferent, as they are simply mind-boggling.

At 452 meters, they were the tallest buildings in the world for 5 years. The steel and glass facade dazzled these twins. 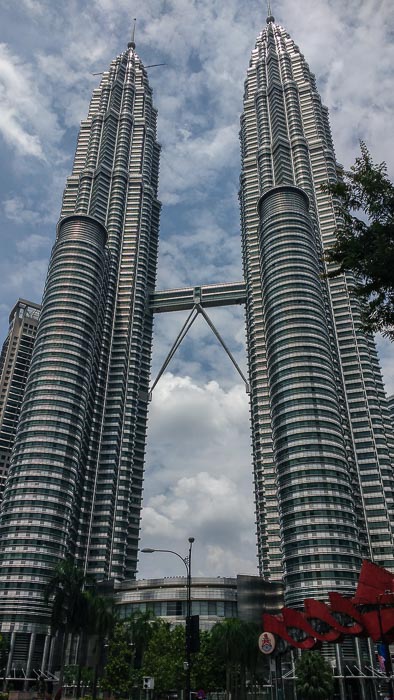 On the other side of the Petronas we find the KLCC Park, an immense park full of fountains to cool off from the suffocating Malay heat while the towers can be seen from another perspective.

A 10-minute walk from there, I recommend you to visit Rummah Penghulu Abu Seman. It is a typical Malaysian house built in 1910. This house can only be seen by guided tours at 11am or 3pm. The price is free and we recommend it 100%.

VIEWS FROM THE KL TOWER

The KL Tower is one of the highest telecommunication towers in the world with more than 400m. You can see the tower from almost anywhere in the city.

To get there, first you have to walk up a small hill (about 15-minute walk), but you can avoid that by using the free buses that can take you up and down.

View of the Petronas Towers from the KL tower

Apart from the 360º viewpoint we went to, there are other activities available at the KL Tower according to wallet size and desire. Some of the different activities offered include an F1 simulator, a 360º city guide and a 6D Theater among others. You can find the full list and cost of each on KL Tower’s website.

WHERE TO STAY IN KUALA LUMPUR

The reason why we missed the viewing of the lit Petronas Towers at night is because of the place where we stayed. However, and as you can see in this photo, our decision was not so bad in the end.

The incredible terrace of Reggae Mansion Kuala Lumpur is as good as any fashion club you can find in the city. We also had amazing views of the Petronas Towers and the KL tower from here. This hostel is great if you travel to Kuala Lumpur as a backpacker. We spent the evenings drinking beers on the terrace waiting for the night to approach the towers. However, we always ended up too busy playing Beer Pong with people from all over the world and did not want to move on from there.

If you travel as a couple, or do not feel like sharing a room, I recommend The Face Suites with an infinity pool with incredible views of the Petronas Towers.

It was difficult to leave Kuala Lumpur, not only because of the amazing people we met there but for the significance that it was the end of our unforgettable Southeast Asia trip.

Before you go, if you are going to take a long-term trip to Southeast Asia, I recommend you to buy a long-stay travel insurance policy. You will save a lot of money and more if you use the following discount. 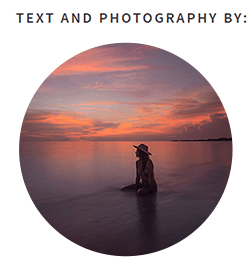 – other posts of the southeast asia collection –

Singapore travel guide – Top things to do in two days 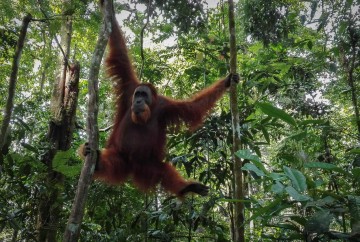 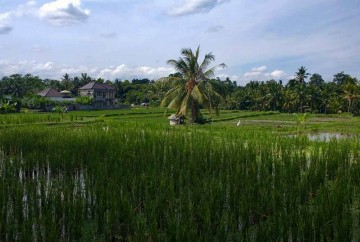 Top things to do in Ubud & Surroundings (Bali) 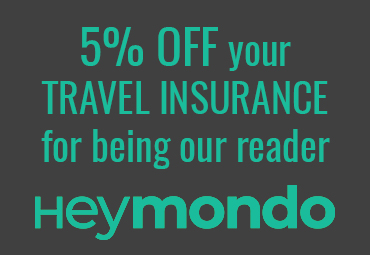 How to pack the perfect backpack 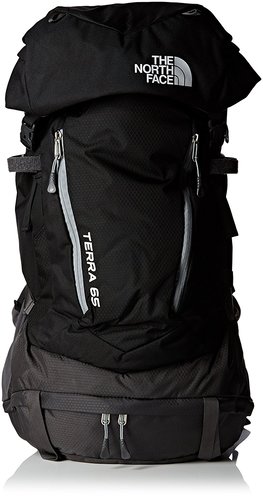 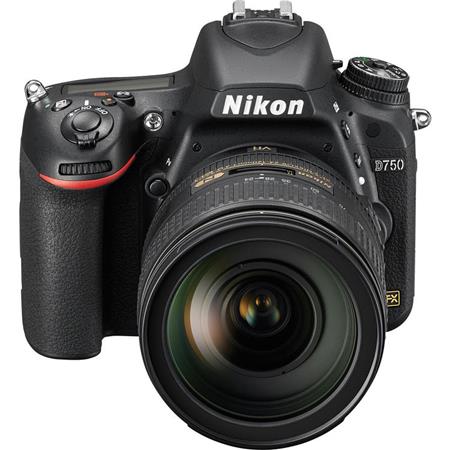 Another gem in Northern Iceland. We are working on

Goðafoss or "The waterfall of the god". The horse

One of my favorite locations from my last trip to

One of those "not so popular" spots in Iceland tha

The vertical walls of the Yosemite valley are simp

We enjoy this sunset during our trek through the h

​5% off your
travel insurance

It covers for COVID-19 (test, treatment and cancellation).
x