Dolphin-watching in La Palma, Canary Islands, is one of the best activities you can do in this spectacular coastal environment.

La Palma is one of the most beautiful islands in the Canary Islands, and it’s also one of the most popular islands, along with Tenerife and Gran Canaria, to spot whales. Thanks to its beautiful scenery and proliferation of cetaceans, I highly recommend booking a La Palma whale-watching tour.

In this guide, I’m going to share everything you need to know about dolphin-watching in La Palma, including the best tour, the La Palma whale-watching season, and the types of whales and dolphins you’ll see. No doubt this is one of the best things to do in La Palma.

If you’re looking for the best whale-watching tours from La Palma, I recommend this one. The cruise starts in Puerto de Tazacorte, to the west of La Palma. The boat will travel along the coast of the island, giving you beautiful panoramic views of La Palma as you sail out to the Atlantic Ocean in search of cetaceans.

This is one of the best dolphin-watching tours in La Palma because there are up to 29 different species of cetaceans in the surrounding waters. During the excursion, an expert guide will share information about the whales and dolphins you’ll see. Plus, you’ll get the opportunity to visit Cueva Bonita, a volcanic cave formed by thousands of years of erosion. 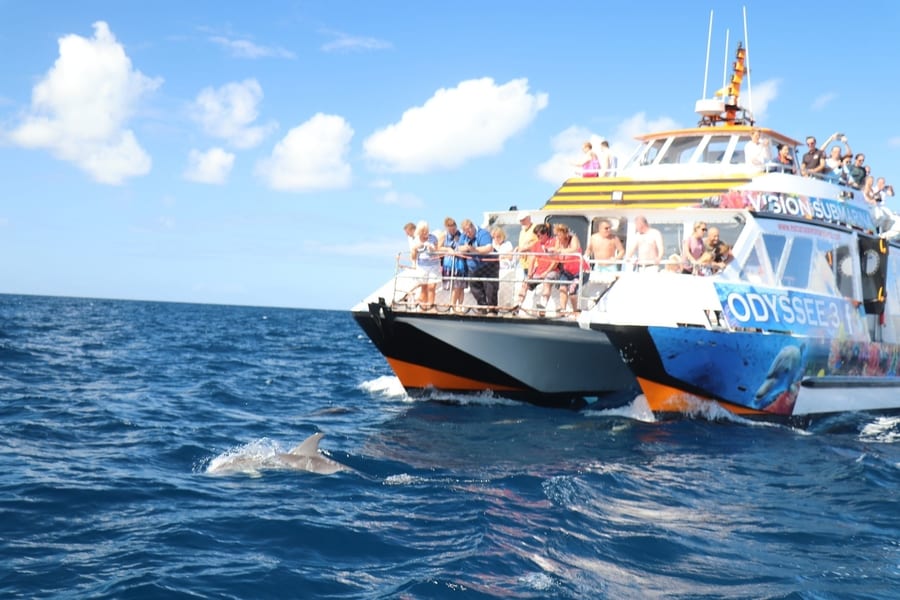 By now, you’re probably wondering when you should go dolphin-watching in La Palma. I can tell you that La Palma’s privileged location in the Canary Islands makes it possible to spot cetaceans year-round. Many of the local species live there permanently, so just about any time of year is a good time to take a whale-watching tour from La Palma. 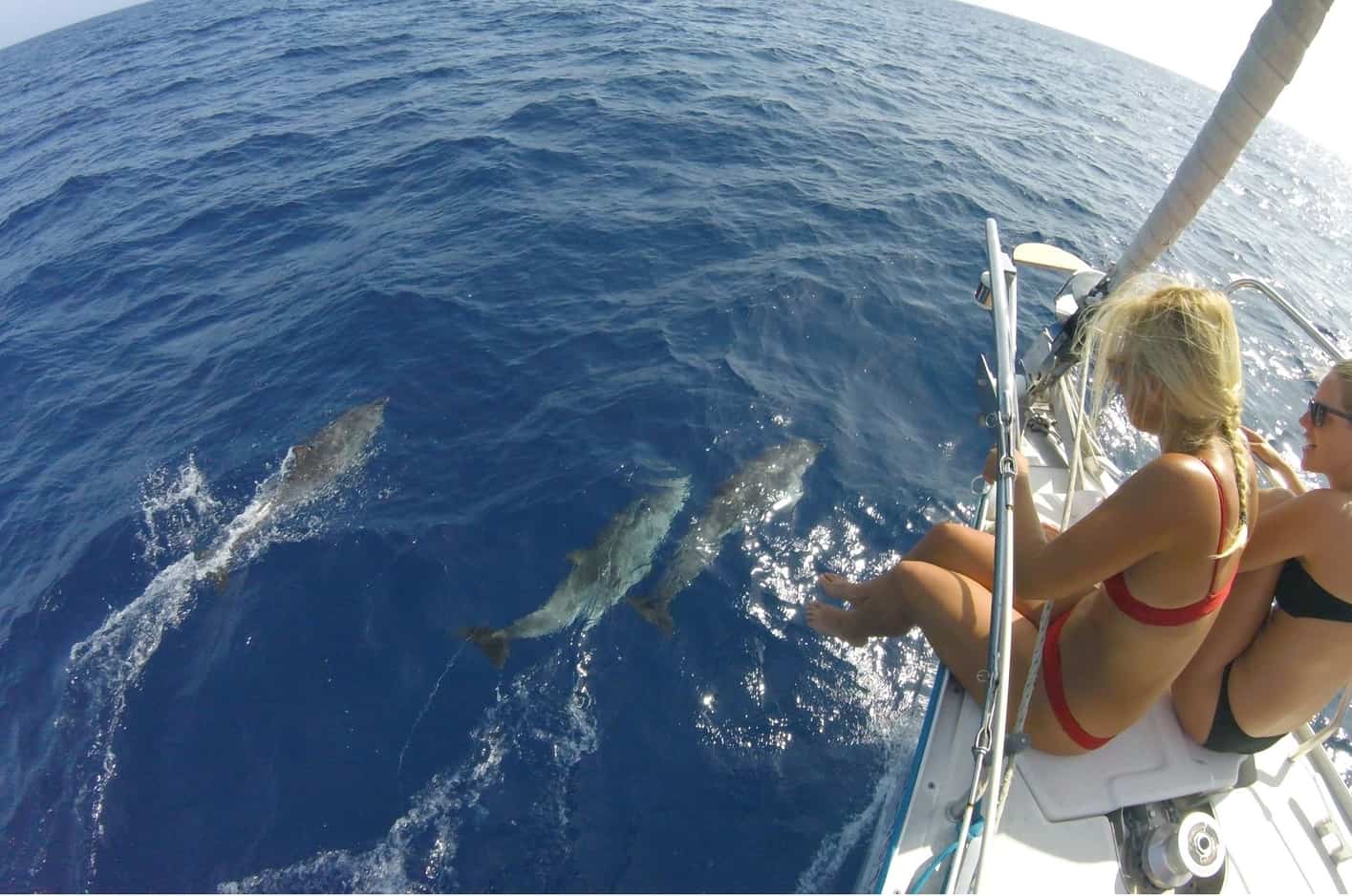 When you take a La Palma dolphin-watching cruise, keep in mind that each tour is different, and these cetaceans are wild animals, so you can never 100% predict their movements. That said, the best La Palma whale-watching companies have years of experience, so they’re able to predict where the whales and dolphins will be with great accuracy.

Where to see dolphins in La Palma

All La Palma whale-watching tours depart from Puerto de Tazacorte, which is located in a town of the same name, west of La Palma. From there, the tour boats head to the areas with the highest known concentrations of dolphins and whales. Many of these excursions also visit Cueva Bonita or other caves, where it’s possible to see other marine animals in the crystal-clear waters.

Types of whales in La Palma

Now that you know everything about whale and dolphin-watching in La Palma, I’ll tell you a bit about the types of species you can expect to see here.

The chances of seeing dolphins in La Palma are very high since they’re one of the most common cetaceans in the Canary Islands. Among the different species of dolphins that live around La Palma, the two most common are the bottlenose dolphin and the common dolphin. 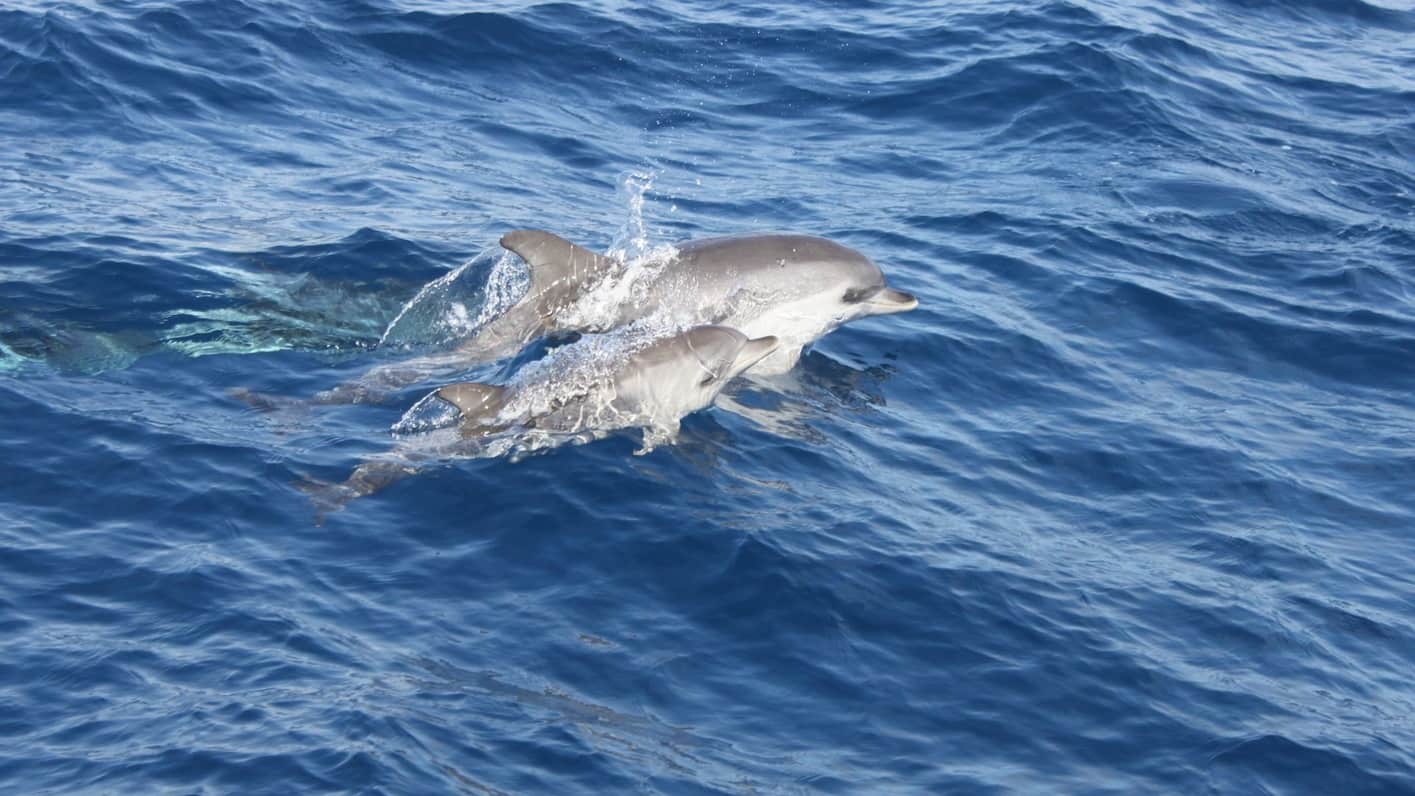 You can recognize the common dolphin by its yellow sides, while the bottlenose dolphin has a dark gray appearance and is significantly bigger.

Pilot whales, despite the name, belong to the dolphin family, and like the common and bottlenose dolphins, the pilot whale is prolific in La Palma. These cetaceans measure about 16 feet long and weigh between 1 to 2 tons. They’re one of the most impressive species that you’ll see during a whale-watching tour from La Palma. 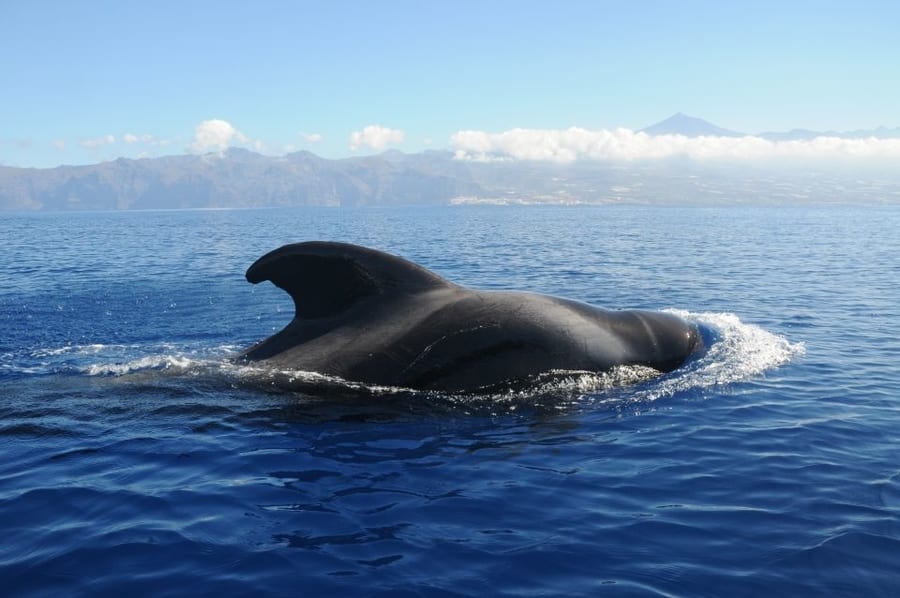 Other cetaceans in La Palma

On some whale-watching tours from La Palma, you might see other species of cetaceans, such as sperm whales, humpbacks, and blue whales. Although they’re uncommon, you could luck out and spot an orca in La Palma, but they’re exceptionally rare in the Canary Islands. 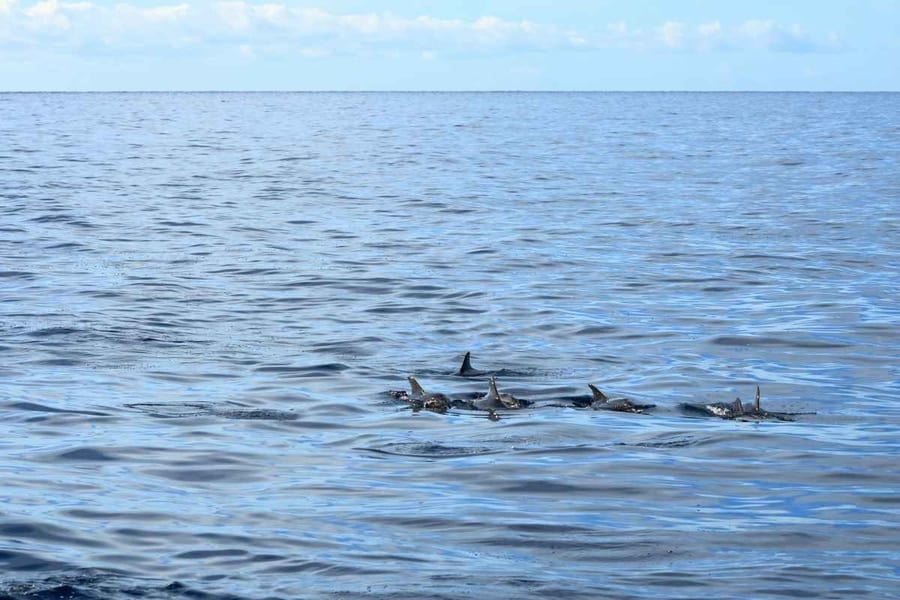 Other cetaceans in La Palma

Now you have everything you need to know to book the best La Palma dolphin-watching tour. We were fascinated by the La Palma whale-watching tour we took, and we think you’ll thoroughly enjoy your excursion, too! 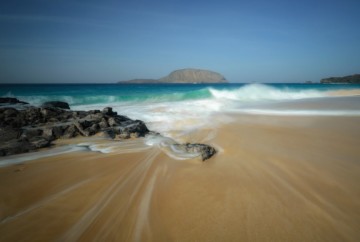 Best Canary Island to visit on your next trip 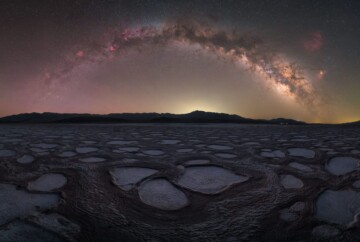 Where can you see the Milky Way? – 10 best places in the world 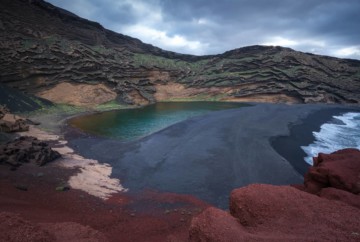 25 Best Things to Do in Lanzarote (Canary Islands)