15% OFF Topaz Labs with the code CAPTUREATHOME15

15% OFF with the code CAPTUREATHOME15

In this Topaz Gigapixel AI review, I’m going to show you everything you need to know about this software; from what Gigapixel AI is to how to use it to enlarge photographs without losing detail in a very easy and efficient way thanks to the Artificial Intelligence used by Topaz Labs.

There are many reasons why you may need to upscale your images, from increasing the quality of your cropped files or your low-res smartphone/drone camera photos to restoring old or scanned images. Regardless of your goals, enlarging images with Topaz Gigapixel AI is in a different league compared to other photo enlargement software.

My experience using Gigapixel AI to enlarge images has always been quite positive, first upscaling my old files and cropped images, and secondly transforming quality Hi-Res files that I needed for large prints.

To help you get the best results, in this guide I’m also walking you through the process of upscaling images using Gigapixel AI in its two versions: the Standalone, and the new Gigapixel AI Photoshop Plugin.

Keep reading to know all the secrets of enlarging images with Gigapixel AI and take a peek at our special Topaz Gigapixel AI discount!

What is Topaz Gigapixel AI?

Topaz Gigapixel AI is a photo enlargement software that uses Artificial Intelligence to create quality and more detailed upscaled images. It’s generally considered in the photography community as the best upscaling software in the market.

The lack of detail in upscaled images has always been the main issue of traditional photo upscaling software. Topaz Gigapixel has been working on this issue for years to develop better-resizing algorithms, and the update with the latest Artificial Intelligence is a game-changer.

Gigapixel AI can recognize detail and structures in low-resolution files and turn them into sharper and clearer upscaled images, keeping the original detail and resizing your images up to 6x.

This is a great short video by Topaz where they explain what Gigapixel AI is and the main tools of this software:

How to use Topaz Gigapixel AI?

*Important tip: As recommended by Topaz Labs, use Gigapixel AI after finishing the post-processing to avoid any extra editing after upscaling your images. Also, keep in mind the high Gigapixel AI requirements needed to run this software in case you’re using an old PC/laptop.

Now, let’s see in more detail how to use the Gigapixel AI in the two main versions:

Before getting into the specifics, this is a brief summary of how to resize images using Topaz Gigapixel AI:

In this Gigapixel AI review, I’m going to show you different graphic examples. The first is this old image taken with a Canon 600d in Doha. The image has just some basic editing with a small noise reduction applied in Camera Raw.

This is the interface of the Topaz Gigapixel AI Standalone version. As you can see, it’s very user-friendly and straightforward as other Topaz Labs pieces of software:

The first step in the process is to open or drag your file/s. Topaz Gigapixel AI supports .png, .tiff, .jpeg, and also, many different types of RAW files like DNG, .ARW, or CR2.

Topaz Labs recommends converting your RAW files to .tiff in order to avoid any misreading issues with other pieces of software. Gigapixel AI also includes a Batch Processing function so you can enlarge multiple images at the same time to simplify the process.

In the upper right corner, you will see a toolbar with the following options:

On the right side of the interface, you’ll find the main settings to upscale your images:

Click on Save Image to change the output settings:

And now you can check out the results:

Using Topaz Gigapixel AI as a plugin for Photoshop

But who is the winner comparing Gigapixel AI vs. Photoshop? Photoshop already includes a tool to upscale images, so why do we need another piece of software? The answer is simple: the method used by Photoshop to enlarge photos is a traditional process that falls behind compared with the Artificial Intelligence used by Gigapixel AI.

To do the Gigapixel AI Photoshop Plugin review, we’re using this image taken in Kamchatka with an old mobile phone; an LG G5 with a 16MP camera. Smartphone cameras are constantly evolving, but would you be able to resize your iPhone photos with Gigapixel AI? Let’s see if it’s possible!

To enlarge your photos in Photoshop using Gigapixel AI, follow these simple steps:

The advantage of using the Gigapixel AI Photoshop Plugin is that the software automatically creates another layer with the upscaled photo. This is quite helpful to mask out any possible artifact created by the software after the enlargement process.

Now Let’s take a look at how Gigapixel AI upscales this low-resolution image to a file that’s 4 times as big:

Here you can see a comparison between the different AI modes included in Topaz Gigapixel AI:

As you can see in the above example, the detail and quality of the enlargement is greater in Gigapixel AI vs. Photoshop.

As for other pieces of Adobe software, Gigapixel AI as a plugin for Lightroom is currently unavailable, although other Topaz AI software like Denoise AI or Sharpen AI do work with Lightroom .

Topaz Gigapixel AI before & after review

During this Gigapixel AI review, we’ve pulled apart piece by piece this revolutionary software, but the question is, is it really worth it?

To help you decide whether this is the right tool for you regardless of the type of photography you do, below you can find 3 different types of photos upscaled with Gigapixel AI.

In this first example, I’m using a photo of a kitchen using the Architectural model and, as you can see, the amount of recovered detail is quite impressive. You can almost see the words on the dishwasher!

To analyze the Gigapixel AI face refinement in-depth, I’ve chosen this second example of a photo I took in Nara, Japan. There are plenty of people and it’s an interesting example to see how AI improves faces and refines eyes. In some of them, it doesn’t work properly but if you are using the plugin in Photoshop, you can simply mask out the areas where you don’t need the effect. In general, Topaz Gigapixel AI does a pretty good job enlarging portraits.

In the last example, I’m testing how good Topaz Gigapixel AI is for wildlife photography. I’m using a photo taken of this little bird, a Superb fairywren (400 mm, f8, 1/800s, ISO 1600). I applied a 2x upscale and zoomed at 100%. The results are impressive with lots of details but it’s also surprising the way that Gigapixel AI deals with digital noise.

To get even better results, I recommend using Topaz Sharpen AI after using Gigapixel AI to add an extra layer of detail and sharpness. If you want to know more about this other magical piece of software, check our Topaz Sharpen AI review!

My opinion after using Topaz Gigapixel AI for quite some time is that Gigapixel AI is a powerful and innovative tool that makes up for a lack of quality photo enlargement software. The difference between Photoshop vs. Gigapixel AI for upscaling images is night and day.

I normally use Gigapixel AI when I want to print my old photos taken with cameras below 20MP and, thanks to this software, I can print files big enough to cover my client’s requirements. This could be crucial for a lot of photographers who not only need to print old files but also low-res images taken with compact cameras, drones, etc.

Since the last update including the Gigapixel AI photoshop plugin, I’ve been using Gigapixel AI at the very end of my post-processing, simplifying my workflow and giving me the chance to fix those areas where the software creates artifacts or other unwanted effects.

One thing that still surprises me is the constant evolution of this software, which releases several updates every week. Topaz Labs has included a wide range of improvements in the most recent updates and, as they announced, there are many more on the way!

We are almost done, but before wrapping up, let’s see, briefly, the Pros and Cons of Gigapixel AI:

Topaz Gigapixel AI review: What are the pros?

To sum up, these are the advantages of using Gigapixel AI to enlarge your images:

Topaz Gigapixel AI opinion: What are the cons?

In my opinion, Gigapixel AI works fantastic, but there are somethings that Topaz Labs could focus on to improve the user experience:

The price of Gigapixel AI is $99.99 for a lifetime license, which is fair considering all the tools and constant updates provided by this software.

You can also get Gigapixel AI at a 15% discount using the following link and code:

15% OFF Topaz Labs with the code CAPTUREATHOME15

15% OFF with the code CAPTUREATHOME15

However, if you’re a serious photographer, my recommendation is to get the Utility bundle. This includes, in addition to Gigapixel AI, Sharpen AI, Denoise AI, and JPEGtoRAW AI; some of the best software using Artificial intelligence that will take your post-processing to the next level.

As of the time of writing this article, the Utility bundle is priced at a high discount, to which you can also add our Gigapixel Coupon Code to get an even better price!

You can check if the offer is still available here.

If you want to get more info about the other software included in the Topaz Bundle, you can also check my other Topaz Reviews:

Even though it’s not part of the bundle, Topaz Studio 2 is also a great piece of software for editing your images.

Topaz Gigapixel AI does an excellent job enlarging images for printing, cropping, or for any other reason. The best thing is the great detail-preservation with no digital noise. However, don’t overdo the effects, especially on smooth surfaces like water or clouds or you might found digital artifacts.

You can enlarge images with Photoshop, but the outstanding results of this software are undeniable when comparing Topaz Gigapixel AI vs other photo enlarging software. Also, the constant updates by Topaz make Gigapixel AI worth it, and this software will only keep getting better, as we’ve seen with other top-notch pieces of software from Topaz, like Sharpen AI or Denoise AI.

My experience using Gigapixel AI is quite satisfactory and hopefully, you’ll find this Gigapixel AI review helpful when you need to enlarge your images with maximum quality.

Finally, don’t forget that you can try Gigapixel AI for free with the 30-day free trial and get 15% OFF your purchase using our Topaz Gigapixel AI discount code.

If you still have any questions about Gigapixel AI, please feel free to leave them in the comments! 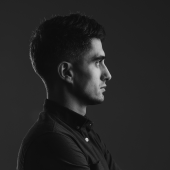 Jose is a photographer based in Sydney. He truly believes photography is all about interpreting emotions.

He is a “glass half full” kind of guy. His curiosity consumes him and keeps him wanting more. He will go to the edge of the cliff or the top of a mountain to capture the perfect moment; no fences will stop him. In fact, the more challenging the scenario, the more adrenaline he has, rushing through, pushing him forward.

COVID-19 COVERAGE
ONLY UNTIL NOV 29TH
GET IT HERE!

It's that time of year again when we sit and refle

From all of us; Dan, Ascen, and the rest of the Ca

Capture the Aurora with us in our 2022 Northern Li