Tromso in summer becomes quite a different place than at any other time of year. The temperatures reach their highest point of the year, and there’s limited rain, with absolutely no snow.

Best of all, the midnight sun, or 24 hours of daylight, in June and July means plenty of sunshine and time to see and do things. Unfortunately, because there’s so much daylight in Tromsø in summer, you won’t be able to see the Northern Lights of Norway.

Whale watching is also off the table, since Tromso whale watching season lasts from November to early February. Still, there are plenty of Tromso summer activities to do: hiking, camping, attending festivals, visiting the beach, and more.

Ready to plan your Tromsø summer adventures? Then let’s get to the good stuff!

1. Experience the midnight sun, one of the best Tromso summer activities

Probably the most unique Tromso summer experience for any visitor is seeing the midnight sun, otherwise known as 24 hours of daylight. In fact, this incredible natural phenomenon can only be viewed in Tromso in June and July, since the number of daylight hours per day decreases to 18 in August. 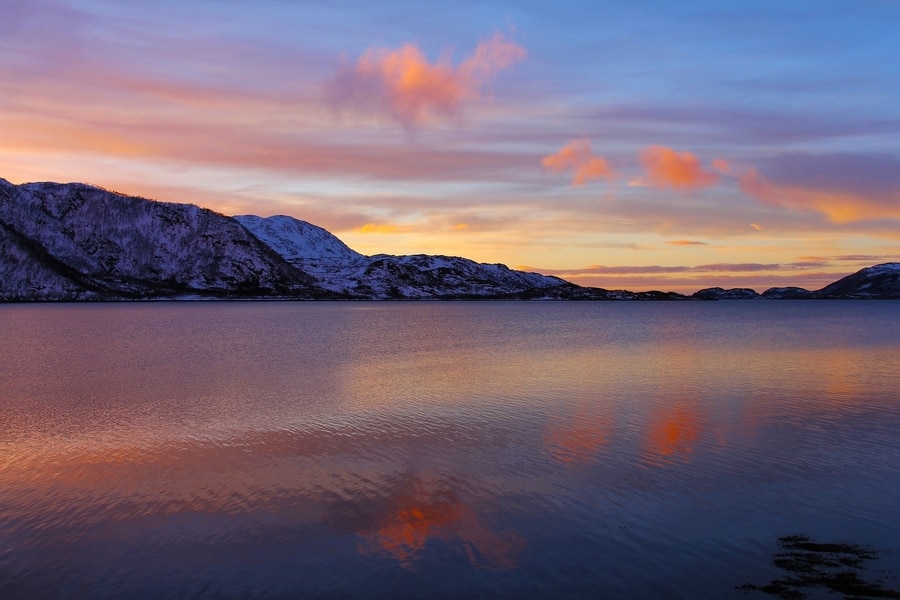 1. Experience the midnight sun, one of the best Tromso summer activities

The midnight sun turns the sky a beautiful reddish yellow, imparting a warm glow on everything beneath it. As such, this midnight sun night cruise will allow you to admire the multi-hued sky over the fjords and mountains. You’ll also be able to enjoy free snacks and drinks as you scan the horizon for Norwegian wildlife.

Most travelers have never experienced so many consecutive hours of daylight before visiting Tromso in summer, so the constant light can feel a bit discombobulating at first. Because of this, you may want to pack an eye mask or double check that where you’re staying have blackout curtains (the best hotels in Tromso on this list do). Otherwise, you may have trouble sleeping.

Summer is the best time of year to go hiking in Tromso for three reasons. First, you’re guaranteed at least 18 hours of daylight, so you won’t have to rush to finish hiking before dark.

Second, because temperatures tend to be mild in Tromso in the summer, there’s no need to worry about bundling up in heavy layers or, on the flip side, feeling unbearably hot and sweaty. 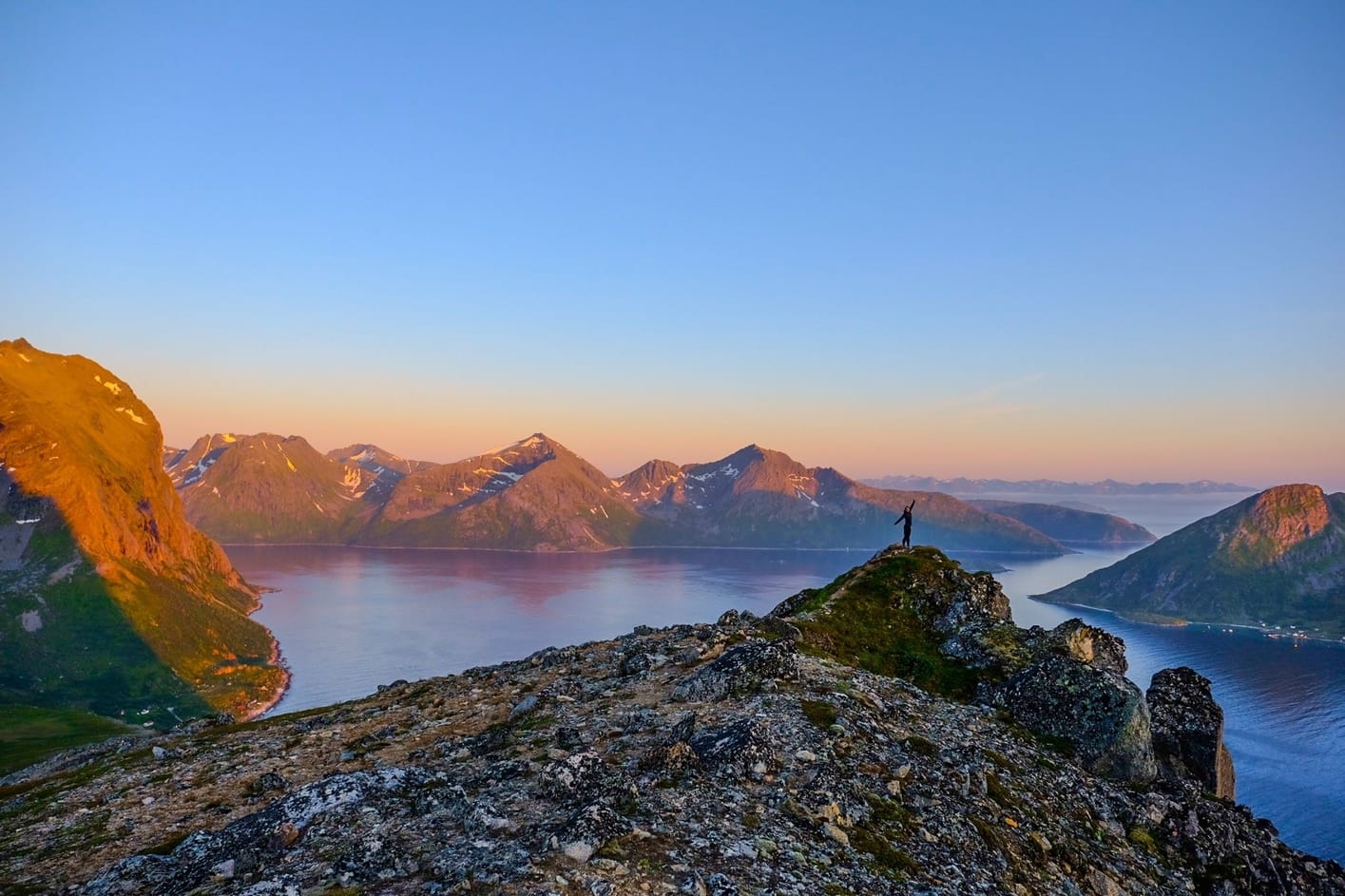 Lastly, since there’s no snow or ice, trails won’t become dangerously slippery or difficult. Keep in mind, however, that trails do get muddy if it rains.

On top of that, Tromso and the surrounding area contain numerous trails with stunning views. Whether you want to hike to the top of a mountain or walk to a picturesque lake, you’ll find trails to suit hikers of all ages and abilities. Check out our guide to hiking in Tromso for the best trails around.

Exploring Arctic landscapes by boat may seem appealing at any time of year, but taking a fjord and wildlife cruise is an especially enjoyable Tromso summer activity. While you won’t see whales, the warm, sunny weather makes exposure to the elements much more pleasant than in winter. 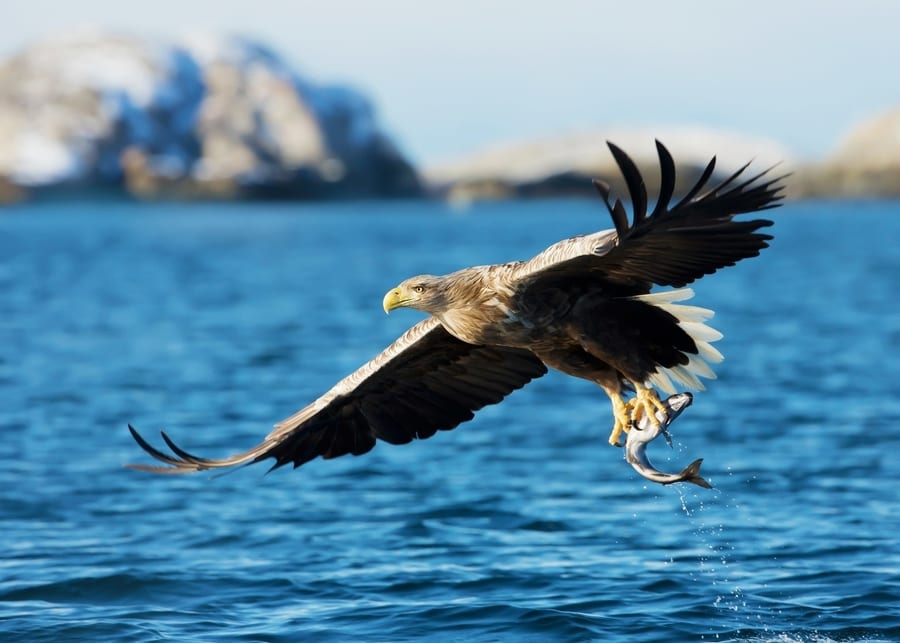 Of all the Tromso summer fjord tours, this wildlife and bird fjord cruise stands out for its incredible sightseeing opportunities as well as its generous lunch and snack spread. You can even borrow an insulated bodysuit if you want to stay extra warm on the deck. This cruise is one of the most popular tours in Tromso if you visit in the summertime, so book your tickets well in advance.

4. Visit an Arctic beach, what to do in Tromso in summer to cool off

A proper Tromso summer experience should, of course, include a trip to the beach. The temperatures may not be quite as warm as you’re used to, but it’s still worth exploring some of the many sandy beaches you’ll find in the Tromso area. 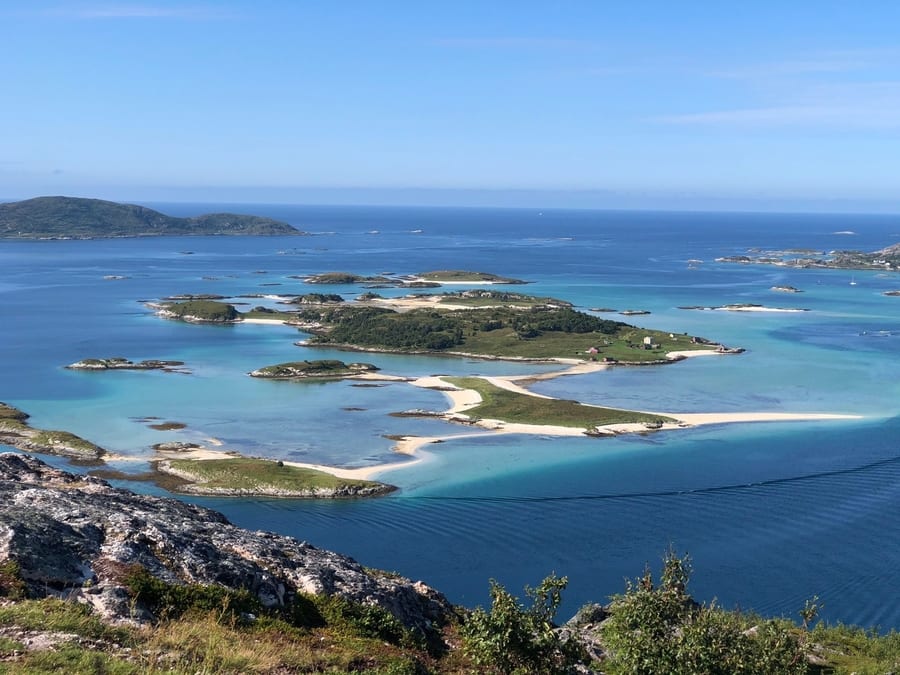 4. Visit an Arctic beach, what to do in Tromso in summer to cool off

Telegrafbukta is a sandy beach within walking distance of downtown Tromso, at the southern tip of the Tromsø island. There, you can play beach volleyball, go for a swim, sunbathe, or even build a campfire.

If you are planning on renting a car in Tromso and want to venture further afield, the islands of Kvaløya and Sommarøy also feature some lovely beaches, including Grøtfjord on Kvaløya, which is surrounded by mountains, and Krinta on Sommarøy, which boasts pure white sand and turquoise waters.

5. Go camping, a quintessential thing to do in Tromso in summer

Embrace the great outdoors and Tromso summer weather by sleeping under the stars. After all, summer is the best time of year to go camping in Tromso, as the balmy temperatures make spending the night in a tent quite pleasant. 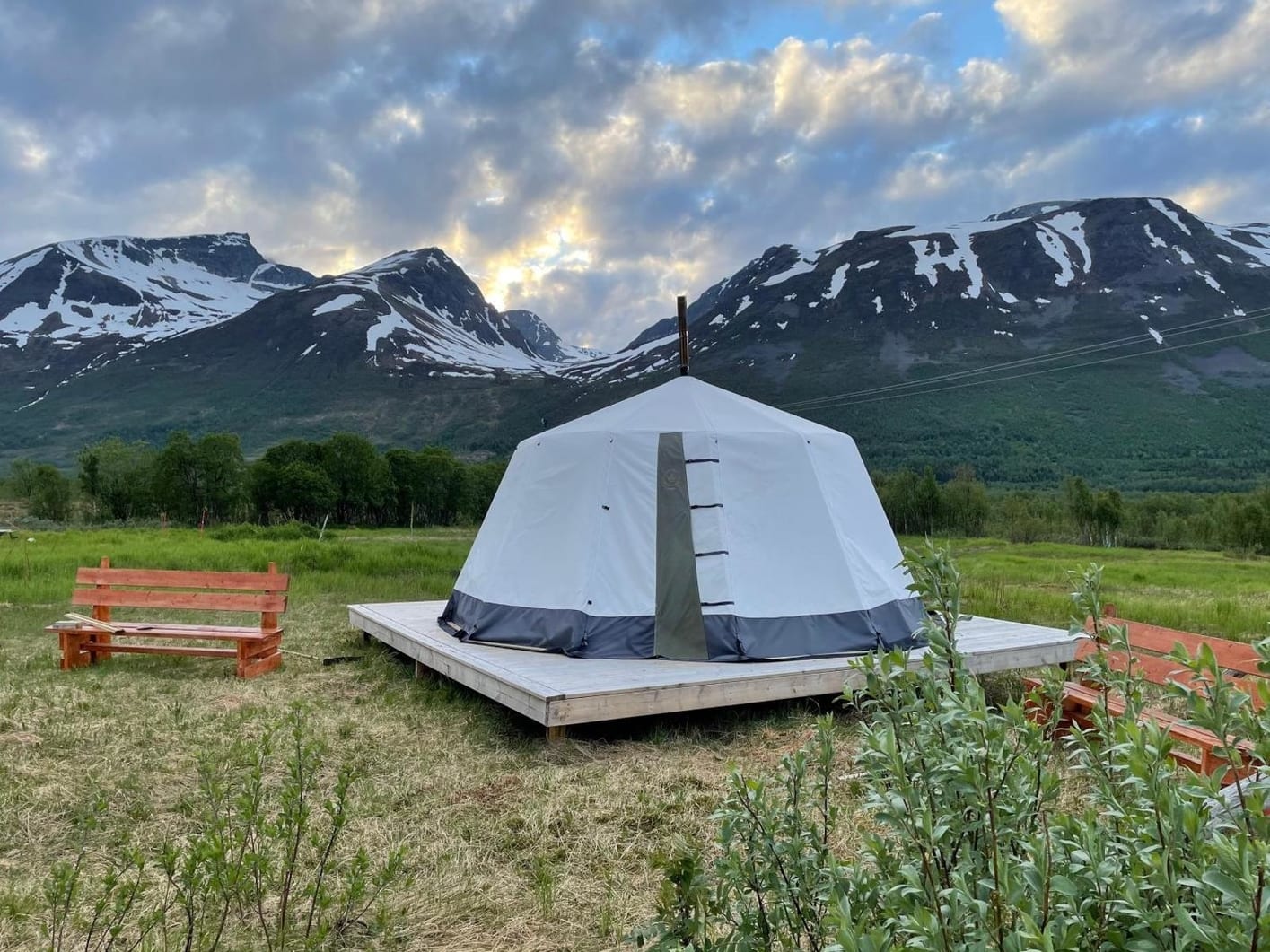 5. Go camping, a quintessential thing to do in Tromso in summer

Naturally, camping is also a convenient way to explore the Arctic wilderness and see the midnight sun. Moreover, the “right to roam” in Norway makes wild camping a relatively easy process, so you shouldn’t struggle to find a suitable place to camp for the night.

If you dislike sleeping in a tent, you can always rent one of the best cabins near Tromso for more of a “glamping” experience.

6. Admire the views from the Fjellheisen cable car, the best way to enjoy Tromso in the summer

Ascending Mount Storsteinen in the Fjellheisen cable car is one of the best things to do in Tromso, no matter what time of year you visit. Not only will you enjoy breathtaking views of the city, but you’ll also get to admire the surrounding islands and fjords. 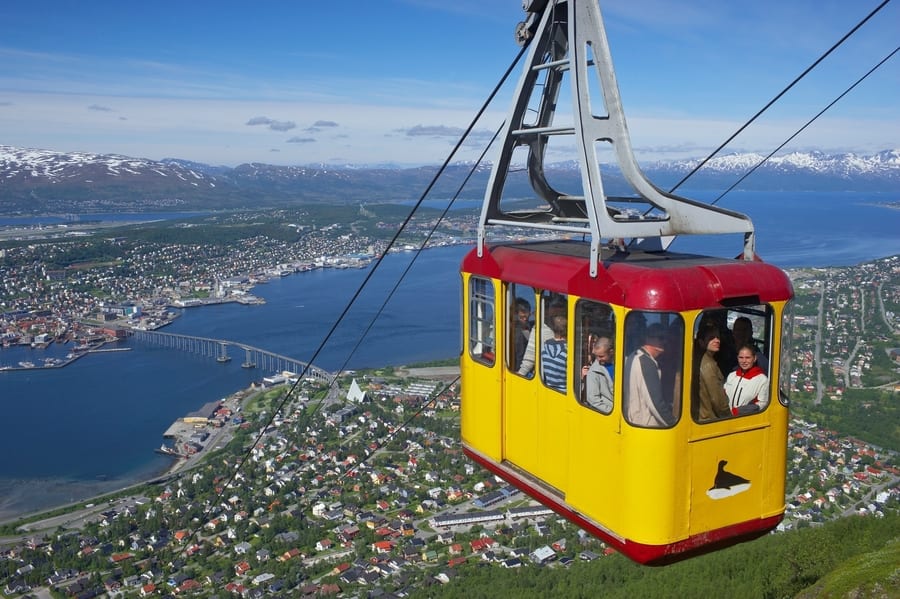 6. Admire the views from the Fjellheisen cable car, the best way to enjoy Tromso in the summer

Even better, taking a Tromso summer cable car ride means marveling at the midnight sun from a new, elevated perspective.

7. Attend a Tromso summer festival, one of the most unique Tromso things to do in summer

If you prefer your Tromso summer activities to be more cultural, book tickets to one of the many Tromsø summer festivals on offer.

One option is the Riddu Riddu festival, which is held in Manndalen, a 2-hour drive from Tromso, in July. Indigenous musicians from around the world perform here, and festivalgoers can camp onsite for free. 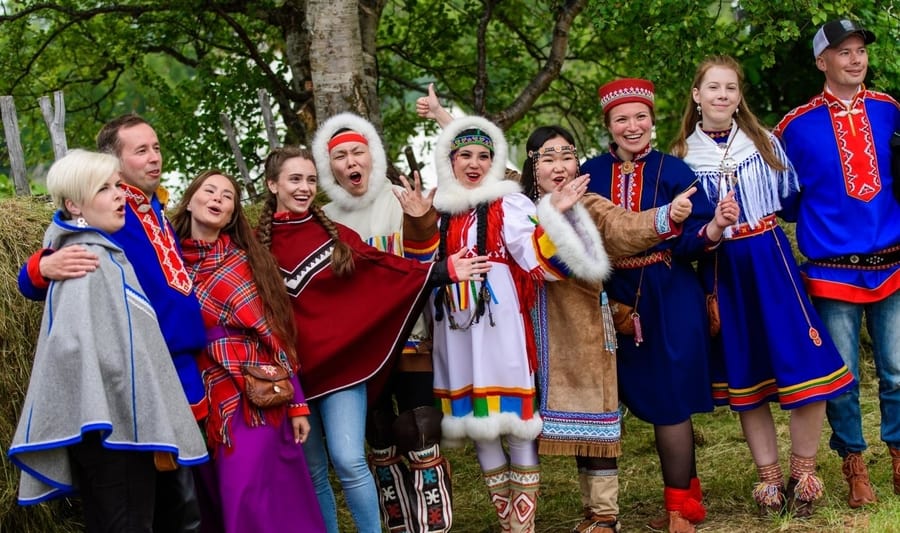 7. Attend a Tromso summer festival, one of the most unique Tromso things to do in summer

Another great choice is the Karlsøyfestival, which takes place in August on the island of Karlsøya. This music and culture festival is more alternative and involves events centered on art, music, and politics.

Finally, the Bukta music festival, which is held on Telegrafbukta beach in July, features a lineup of hip, new artists from Norway, the UK, Canada, and the US.

Stop and smell the flowers at the Arctic-Alpine Botanic Garden, the world’s northernmost botanic garden and one of the few free museums in Tromso. Here, you’ll find Arctic, Antarctic, and alpine plants from every continent as well as traditional perennials and herbs from Northern Norway. 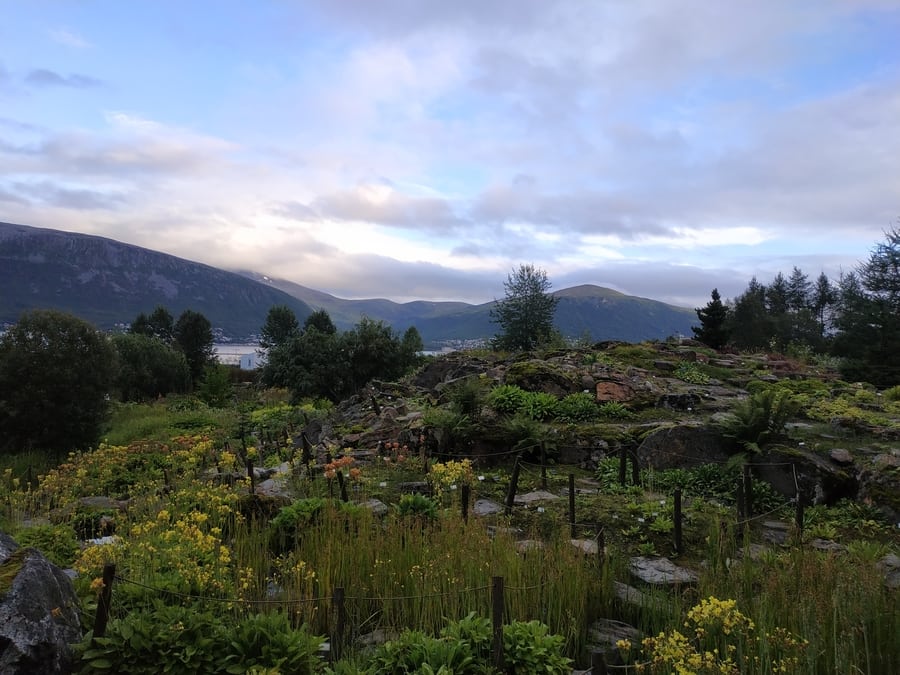 Visiting this garden in Tromso in summer is ideal because the flowering season lasts from May to October, so you’ll be able to catch the plants when they’re in full bloom. On top of that, the onsite café, which sells cake, waffles, and ice cream, is only open during the summer.

Other tips for visiting Tromso in the summer

A Tromso, Norway summer will probably be quite different from any other summer you’ve experienced before, particularly in terms of weather. As such, below, you’ll find information on typical Tromso summer weather and temperatures, as well as some ideas for a Tromso summer packing list.

On the other hand, Tromso summer weather tends to be slightly cooler than other European cities, as temperatures generally peak at 60°F. Still, the average temperature range of low 40s to low 60s is quite comfortable, and at least you won’t feel hot and sticky!

Because Tromso summer weather tends to be on the cooler side, you’ll need to bring clothing that ranges from typical summery items to jackets and layers for when the temperatures cool off. As such, here are a few pieces I recommend packing:

You may also want to bring a slightly heavier jacket just in case.

And with that, you should have everything you need to plan a fantastic trip to Tromso.

Tromso may have gained renown as one of the best places to see the Northern Lights in the world, but visiting Tromso in summer means a chance to see another side of this Norwegian city. Instead of snow and endless night, you’ll be treated to sunshine and constant daylight.

Still, if you’re particularly invested in seeing the Northern Lights, consider visiting Tromso in winter instead.

Finally, no matter when you plan to visit Tromso, be sure to download a Tromso map so you can get your bearings.

Have fun soaking up the sun in Tromso! 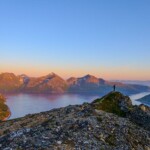 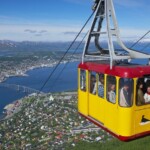 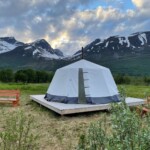 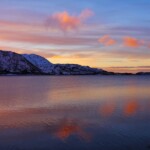 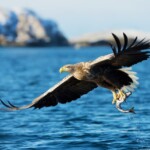 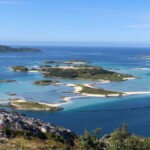 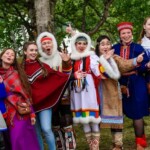 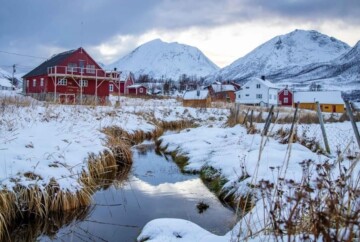 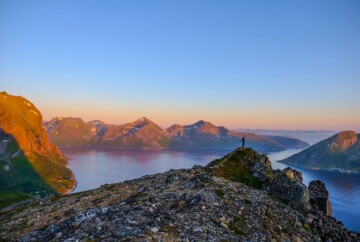 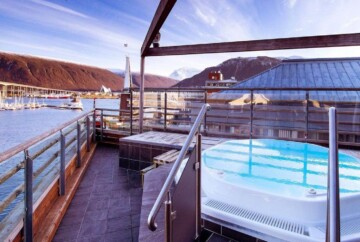 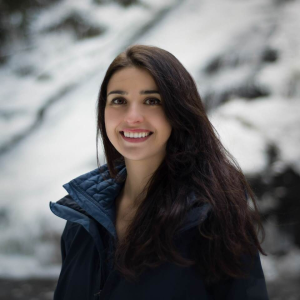